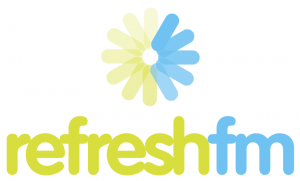 This release is a big step up from version 1.0 with lots of automation of the processes and more features. But even better for those people using version 1.0 is that this will be a free update, so you get all the goodness at no extra cost.

This release is technically version 1.1.0b3 and is available to download now.

For those not aware of the product yet, RefreshFM is an update automation tool. It’s a way of building a completely error checked, automated import process for any FileMaker solution. Best of all it’s completely abstracted from your solution so it doesn’t require any changes to your files to work.

We’ve been using this in our own client work for a long time, and it’s an awesome time saver. You deliver a single file to the production machine, start the import process with one click and only if everything validates as complete and accurate do the new files replace the old.

The biggest thing we’ve been waiting on for this version of RefreshFM to be released has been the development of our own free FileMaker plugin. There are a couple of great features introduced in version 1.2 of the plugin that we can now take advantage of, things like Copy Paste of FMP data, getting lists of fields, file manipulation, command line functions. I’m really excited about what we’ve been able to do with this version and how we’ve been able to make the whole process smarter with the plugin. To outline some of the changes since version 1.0 :

So instead of creating all of the references, you only need to paste a script and they’re all created for you automatically.

Previously you had to know the names, before and after, of any auto enter serial fields. RefreshFM now detects them for you automatically, nothing to guess or type. Again this feature is only possible because of the BaseElements plugin, and the BE_FileMaker_Fields and BE_FileMaker_Tables functions we have available.

RefreshFM will now let you manage multiple solutions in a single file. One place to handle all of the solutions you’re working on, and the ability to change at a single click.

RefreshFM can close files on FileMaker Server, copy them across, update them and put the new versions back.

5. Paste of the import Script

You can now create the entire import script in a single step by just pasting it into the control file. What was previously a lot of duplication and manual settings is now almost completely automated. This is my favourite new feature and is only possible because we wrote our own plugin to handle these copy paste functions.

This version is beta software. It’s incomplete and although we’ve been doing lots of testing ( it’s currently at 1.1b3 ) there are probably bugs and we don’t guarantee it won’t mess with your data or turn your milk sour. Use it carefully, understand what it’s doing and report any issues you find so we can fix them.

One other change to be aware of with this release : when this version is made final, the price will rise from $199 to $299. So get in early before the increase.